Javier Lugo is from Soledad, CA, and he graduated from Soledad High School in the Spring of 2019. He will be attending California State University, Fresno in the Fall of 2019. Javier’s parents immigrated from Mexico, and he was raised in a low income household. Javier will be a first generation college student and he expressed that this motivates him to be a role model for his younger siblings. He has a rich history of academic honors, awards, and other achievements. Although he did not have adequate resources growing up, Javier was very involved during his high school career. He was a part of M.E.S.A, ASA (Association for student athletes), and the CSF program (California Scholarship Federation). Additionally, Javier was a YMCA volunteer, a CIF state finalist, and a First 5 volunteer. Javier aspires to become a civil engineer so that he can give back to impoverished communities by building schools and buildings for the next generation.

Adriana is a current student at Cal State Monterey Bay. She is a participant of the Student Support Services Program and was previously active in other programs that help support students who come from migrant homes. Adriana is majoring in Human Development and Family Studies with a minor in Education and is expected to graduate in Spring 2021. Some of her accolades include; Dean's List recipient, Social Justice Leadership Certification, and  Certification of Recognition, and California Mini-Corps Tutor. Adriana is involved with student panels, tours, and helps organize events on campus. She has also been an intern at BreakThrough Behavior, Autistic Behavioral Analysis Clinic and helped plan events. Adriana is currently an English and Math tutor who serves fourth-grade low income and first generation migrant students. Adriana understands the significance of the word resilience and has shown resiliency through her ability to overcome all challenges regardless of her disability. Adriana is an advocate for students with disabilities and hopes to continue to serve as a role model for other students who come from minoritized groups and help them find their voice too.

SEE WHO WE HAVE AWARDED!!!!

Nancy has been a participant of the Student Support Services Program for 3 years at Hartnell College. Nancy has recently graduated with honors from Hartnell College with a major in Computer Science and Engineering. Nancy is transferring to UCLA where she will start this upcoming Fall semester (2019). She has been recognized with many awards for her academic achievements and is also a member of the Phi Theta Kappa Honor Society. Nancy is currently an intern at the Naval Postgraduate School where she works with satellites. Nancy hopes to inspire students like herself and plans on giving back to her community the most she can. Nancy is also an advocate for the immigrant/undocumented communities because she knows the effects it can bring to a student’s life. Nancy plans on continuing to do activist work around social justice.

Leslie Macias is from Soledad, CA, and she graduated from Soledad High School in Spring 2019. She plans on attending University of Southern California in the Fall of 2019. Leslie has been actively involved with Upward Bound since 2015, and she has a decorated history of academic honors, awards, and other achievements. Leslie has proven that she can balance a multitude of things simultaneously; despite facing several obstacles in her personal life, Leslie maintained a 4.5 GPA while also participating in extracurricular activities and clubs such as M.E.S.A. In addition to being a part of M.E.S.A and Upward Bound, Leslie was also the president of the World Peace Club, president of the Soledad Community Interact Club, and the vice president of Girls Who Code. Leslie is a person who loves to advocate for less privileged populations, and she plans on using this passion to become a lawyer.

Jesus has been a part of Educational Talent Search for four years, and states that his high school achievements were made possible due to the support he had from his counselor. Through Jesus’ involvement in ETS, he was able to come to a decision on where he would attend college. Jesus will be starting at UC Davis this Fall. Throughout high school Jesus was involved in in Mathematics Engineering Science Achievement (MESA) club, and took 1st place at the Regional Debate. He was also a member of the high school's soccer and track team. Jesus was also a part of the student council, and has earned many academic awards including scholar-athlete and migrant honor student. Jesus was named as one of his high school's valedictorians. 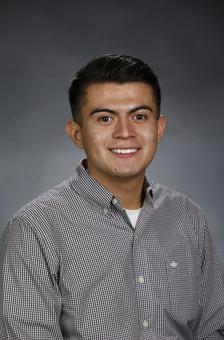 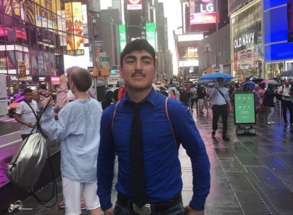 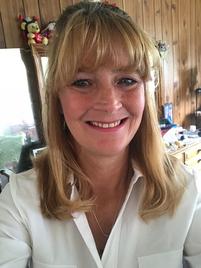 José Eduardo Mundo is originally from Salinas, California. He is currently a Senior at Fresno State and will be graduating in Spring 2020 a Bachelor’s degree in Social Work, with a minor in Spanish and certificates in Cross-Cultural Competency and Racial Understanding. Jose Eduardo has been part of the Student Support Services Program at Fresno State for 4 years and has also worked for the program as a Peer Mentor during the 2018-2019 academic year. At the same time, he also worked as a Pizza Artist for Pizza Factory to ensure he could pay for schooling tuition and expenses. This summer, Jose Eduardo will be working as a Resident Advisor for both Central Valley Cal-SOAP and College Assistance Migrant Program (CAMP) summer academies which support high school students at Fresno State. Jose Eduardo is also completing an internship at Men’s Alliance with Fresno Unified School District. He also plans on conducting research in the near future if accepted into the McNair Scholars Program. Throughout his time at Fresno State, Jose Eduardo has achieved honors GPA every semester and is working on graduation with Magna Cum Laude distinction. After completing his Bachelor's degree Jose Eduardo plans on pursuing a Master’s degree in Student Affairs and College Counseling and earning a Pupil Personnel Services Credential with hopes to return to his hometown, Salinas, and work as an academic high school counselor to help guide and encourage our youth in pursuing post-secondary education.

Tracee is Child Development  major at College Of the Sequoias and is expected to graduate May of 2020. She has been part of the Student Support Services Program for almost two years. Tracee is a high achieving student and has been presented with many academic awards and has earned her Teacher’s Assistant Certificate for Pre-School. Tracee volunteers for the Porterville Pregnancy Resource Center, also volunteers annually at the egg beeper hunt for Blind Babies Foundation. Currently Tracee holds two jobs and is motivated about her future. Tracie is proof that you can always strive to make a difference, no matter how old you are. 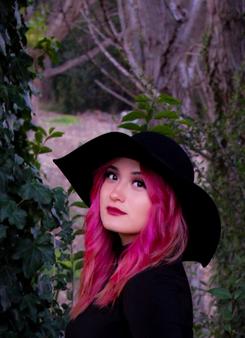 Yesenia is a recent graduate from King City High School. She has been in a participant of Educational Talent Search for 4 years. Yesenia will be attending Hartnell College for the next two years, where she will pursue Animation as the main focus of her studies. Her job aspiration is to be an animator for Pixar. “I aspire to be a creator of my own series using animation. Hopefully one day I'd like to meet my inspiration, Tim Burton. I'm doing all of this to prove that anyone in this small town, that it's possible to be unique and to give back to where you come from.” Yesenia has received multiple awards for her work and academic achievements, some of which include; Outstanding Achievement In The Visual Arts, Top 10 GPA for three consecutive semesters, State of California Senate Certificate of Recognition, Principal's Honor Roll, South Monterey County Joint Union High School District Recognition, and Guitars Not Guns Recognition. Yesenia is also a participant of Sol Treasures and has showcased her work in the Salinas Valley Fair and monthly art exhibitions. 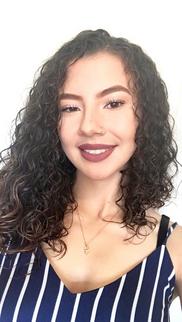 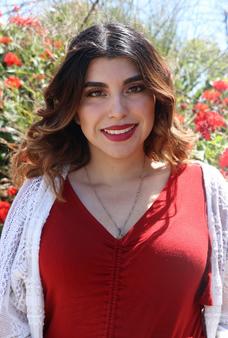